In this interview, Eric discusses his ups and downs getting started in wholesale real estate investing. Read on to learn about:

The below graphic shows a summary of the deal he found on MyHouseDeals.

NOTE: Eric is a premium elite member. He received a FULL refund of his upfront membership fees for simply doing a deal! Find out more about our premium membership here.

Click below to hear the audio of the interview:

Was this your first deal?

No, this wasn’t my first one. This is just the first one as a premium elite member of MyHouseDeals. I’ve also done deals as a free member.

In 2011 I went on YouTube and I found a guy named Sean Terry and he had a lot of content regarding wholesaling and how you can get started in real estate without funding or anything.

It was awesome to just hear somebody say that you didn’t need any of that. I just kept listening to him and saw his students were having success with his online course. Those success stories are what really pushed me over the edge.

So I became a student from 2011 to 2015 where I continued listening to his podcast List of Freedom. You know when you’re listening to something and you really catch a vibe. You get that feeling like, “I know I can do this”.

Can you tell us about your first deal?

In 2015 I got my first property under contract after four years of listening to podcasts and not doing anything. I finally felt like I knew what I had to do.

Sometimes we get analysis paralysis and we overthink stuff and we just don’t act because we’re not sure if there’s more to learn before starting. I decided to just jump in and figure it out.

It was a great feeling because it was something I’d never done before and I knew I could make a lot of money. It just felt good. And I realized it wasn’t that hard.

Yes. Which is hilarious to me because we have so many other sources that we get deals from. But all my best deals have been from MyHouseDeals.

Even as a free member I found some great deals that had been sitting there for awhile. My first deal was in Gary, Indiana, and it was listed in the Chicago market. A lot of people in Chicago kind of shy away from Gary because they think it’s rundown.

But it’s kind of like a hidden goldmine that nobody pays attention to except for the people that are from there, and a few specific savvy investors that know the same as well. I ended up getting my first deal there and it ended up working out even as a free MyHouseDeals member. My assignment fee was $3,500 in profit for the wholesale transaction.

After my first deal I was just like, okay cool, this works. I can’t believe I can actually do this, this is awesome. Then I continued from there and got my second deal from MyHouseDeals as well.

Roadblocks Getting Started in Wholesaling

When my second deal closed, I was still really new to real estate and I trusted the seller too much to not go around me. I didn’t have anything in my contract saying that he couldn’t do that.

We had an agreement price for $40,000 and I sold it for $46,000. Unfortunately the buyer’s attorney was uneducated about the wholesale process and thought that I needed a broker’s license to assign the contract.

He sent me an email saying what I was doing was illegal and that he was going to tell his client not to work with me. Even though he was wrong about the legality, they ended up going around me.

That was kind of like a left jab and I actually caused me to stop doing real estate for the next six to eight months.

Getting Back on the Wholesale Train

I decided to give it another try since I’d already built some traction and there were people who kept reaching out asking me if I had any deals. I felt like God was telling me that I shouldn’t stop trying. I had to listen to my intuition.

At the time I didn’t have any properties under contract, but I knew another investor who did have a property under contract (or so I thought). I figured I could do a JV deal with him. It turns out, he already had a partner on the contract and I wouldn’t get paid on the deal. There were just too many people involved basically.

I realized that if I was going to get back into real estate, I couldn’t do it the lazy way.

The Importance of Working Directly with the Seller

After trying to go through another investor, I realized I was much better off getting the contract myself. If you find properties that other people already have then there’s the possibility that you may not get paid. Also, you want to know the situation with the seller, with the title and the condition of the property.

I ended up getting another property under contract in Gary, Indiana which was my third deal. On that one I contacted the seller directly from MyHouseDeals. My first three deals were actually all from MyHouseDeals.

On my third deal I made $3,500. It was an older lady with an income property who’s husband had passed away. The tenant was tearing up the house and she didn’t want to deal with it anymore because the husband used to do all the property maintenance. I was able to help her out and at the same time make some money. I got the property under contract for $21.5k and sold it for $25k. She walked away with $20 grand and was super happy about it.

That’s one thing that I love is actually helping people get out of distressed situations. Realtors are telling them to clean up the house and fix things before they bring buyers and they don’t have time for that. Instead, we get the deal done quickly and don’t charge any commission.

My fourth deal was in Waxahachie, Texas. This one was a game changer for me because we did it 100% virtual since I’m in the Chicago market and my business partner’s in Mount Shasta, California.

The seller had inherited the property and needed help getting rid of it because she didn’t want to finish the rehab. It was a huge house so she just needed some help.

She called me afterwards and thanked me, letting me know the results… “Words can’t express what you’ve done for me and my family.” Just to hear that from somebody, it made my hair stand up a little bit and gave me goosebumps… “Wow I really helped people out.”

Just knowing that what that you’re doing is making a positive impact on other people’s lives is game changing.

The Details of the Virtual Wholesale the Deal

For this deal, we found the property on MyHouseDeals and negotiated the price at $241,500. The ARV is about $450,000. It needed cosmetic updates and the roof needed to be replaced.

We talked to a lot of buyers and finally got an offer for $274k and got the contract signed. Unfortunately his lender would only approve $250k. I tried to connect him with other lenders but it didn’t work out. Since it was my first virtual deal and I was in a hurry to close, I agreed to the lower price.

Then he needed a weeks extension but at the same time we had other buyers pop up that were also interested. To make up for it he added a few extra grand. Instead of $250k, we closed for $252k. In the end, I made $10,500 on that one.

I was just happy to get a virtual wholesale deal done so I could gain that experience. I found out that doing a virtual deal can be easier than doing a regular deal. You avoid driving to the house and meeting the seller and doing all the stuff that you normally would do. I was super surprised.

What has been your biggest hurdle?

I feel like my biggest hurdle was branching out from my support system. Everybody else around me says, “Go get a job. Go work for a company.” I think we live in a completely different world where you literally can do anything that you put your mind to.

I feel like that was the biggest hurdle for me, just being around people that didn’t believe or people that were trying to sway me in a different direction when things weren’t going as quickly as I projected it to go.

The first deal that I did, I had to show that house like 15 times. I remember after around the ninth time of me showing it, I still knew it was going to sell eventually, but the people around me, like my girlfriend and my dad and my mom, were like, “Oh, you still haven’t sold that house yet?”… “I’m like, dude, shut up, I’m working on it.”

Nobody in my family is an entrepreneur. Everybody works for somebody and thinks it’s mandatory to go to college and get a job. I think degrees aren’t as useful as they used to be. You see teenagers playing video games on YouTube and making millions off of it.

I feel like when you do it on your own, despite other people trying to stop you, it makes you so much stronger.

Do you have any other advice for new investors getting started wholesaling?

I would say they should just go all in. Just jump in. But I would say definitely get the knowledge first. Just get enough knowledge to the point where you know you can get a deal and then just do it.

You learn more from actually jumping in the water and swimming versus talking to a swimming instructor on how to swim. I’ve learned a lot more from doing deals than I have through any education.

Eric found his first investment property as a free member of MyHouseDeals and then became a premium elite member to keep his momentum going by accessing more exclusive deals. He’s found success working directly with motivated sellers rather depending on partnerships with other investors. With virtual wholesaling, he’s tapped into a way to invest around the country. Whether you’re looking to wholesale, flip or rent, you can test things out with a free membership.

Glen Shares His Real Estate Knowledge After 21 Years of Investing

Jay Goes from Odd Jobs to Funding His Own Deals

Reason for selling: Tenant moved out. 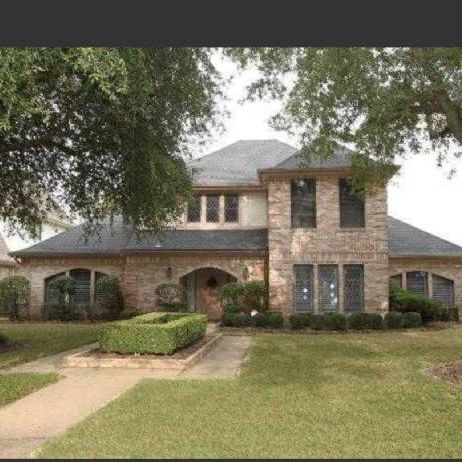 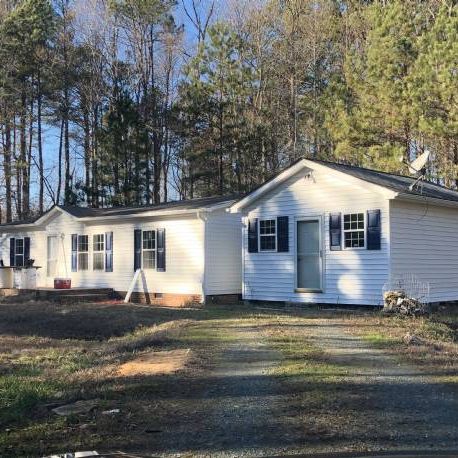