The ONE trait all successful investors have [Eric’s Story]

Eric has one characteristic ALL successful real estate investors have…

He takes note of challenges, overcomes them, then brings his experience and knowledge to the next deal.

Eric jumped on a deal he found on MyHouseDeals. Even with his experience investing years ago, the deal offered a lot of learning opportunities. From financing the deal to the rehab to pricing the property… Eric was adaptable and remained persistent.

He knows what he’ll do again and what he’ll do different next time. During the rehab, Eric dealt with issues related to flooring as well as the gas line to the house… He even had to rip up brand new flooring and redo it! Ouch.

Listen to our conversation with Eric to hear more about the deal he found on MyHouseDeals, how he got into real estate investing, and his tips for new investors plus…

I used to work for a mortgage company and did some investment deals back then. I took a break from investing because life got in the way. The property that I’m doing now is the first one I’ve done since getting back into investing.

I’m a real estate agent so I see a lot of opportunities. I’ve made a lot of money for other people and wanted to try to make some money for myself instead.

How did you educate yourself about investing?

I have helped other people with retail houses, foreclosures, and estate sales. Since I was in that environment I would run across deals and opportunities.

How did you finance your first deals when you got started?

I had enough income from my business that I was able to finance my first deals myself. For the deal that I just did, I used a hard money loan. It made sense because of the numbers, amount of repairs, and other things that were needed.

My experience with hard money was good because it was fast and I got the money easily. It is expensive so if you can get in and out of it quickly, it certainly makes sense. If your costs run over or if you get into it for longer than you expect, then it starts eating away at whatever you’re planning on making in the transaction.

What challenges did you face with this deal?

In this last deal, we were able to get the property done quickly until we encountered a couple of challenges. We had a problem with the flooring that we needed to address. After that we had a problem getting a gas line over to the house.

Even though it wasn’t a high priced house, if I made the house less nice, put less money in it and had it at a lower price point I would of been better off.

If had I been in other areas of town what I did would’ve been fine. Where it was is a low price for Atlanta, but it’s just above the mass market price. The mass market price is where the greatest volume of homes were selling. If mine was closer to that number there’d be more people looking at it and I could turn it faster.

How do you decide what kind of fixtures and rehab to do on a house?

What I try to do is make the house just a little nicer than other houses in the same price range, but still stay within budget. When someone sees the house, it’s going to be nicer and newer than the other ones. They’ll then prefer to buy your house as opposed to another one. Just make sure you can do it within your price parameters.

Tell me more about your investing strategy.

It’s mostly fixing and flipping. My strategy on the next one will be to get an even lower price point to where there’s less money on it and less required to do. I want to get in and out faster.

Around the Atlanta area currently, each area has their own price points. A $300K  house in one area is like giving it away, whereas in another, it’s a high price. I’d rather invest into a $150K house deal and not make quite as much, but be in and out of it immediately. With that deal it would sell fast because people would fight for it. I would be more inclined to go after a lower price point that needs less work and be pretty choosy about what I did.

Time is money and opportunity costs. My deal now is a great house with a great job done on it. You’ve got to get the right buyer out there. If you drop down the price a little bit you definitely get more buyers.

It is interesting that some places are very sensitive to price. I didn’t realize that when I bought this property. Had I known that in the beginning I would have proceeded with the project differently. I wouldn’t have used the best finishes or spent nearly as much money on it. I would have then sold it at a lower price point.

What did you decide to do for the rehab?

I got the property at a great price. I bought it at $100K from my wholesaler. It was sitting there for a long time vacant. The guy who owned the property didn’t want it anymore so he was just trying to get rid of it. The other properties in the area that are really fixed up are probably in the $250K to $260K range, but they tend to be on the market longer. I fixed it up to make it look nicer than those houses, but still in the same price range.

For the deal I just did…it’s not a new house, but every major system has been updated. It’s as close as it’s going to get to being new. The house got a new roof, gutters, appliances, flooring, tile, granite, frameless shower, HVAC, furnace, water heater, deck, and paint inside and out.

Did you have any surprises during this flip?

Yes, I had a couple of things that caught me off guard. There were some buckling places in the flooring and it wasn’t due to the house settling. There was medium density fiberboard underneath the house so all that had to be stripped up. The house also had a moisture problem in the floor so we had to rip up the entire floor and redo it. Originally, I was going to put a luxury vinyl plank down, but we opted to put real hardwood down. We believed it would make the floors a lot sturdier even though it cost more money. This added another 3 or 4 weeks to the process.

The other problem we had was with the gas line coming to the house. They had to run a new gas line through the neighborhood and disconnect the old one. We started working on the gas line early on in the rehab, but it took 6 weeks to get the gas meter out there, running to the house and then hooked back up.

Did you learn anything that would help you prevent these surprises in the future?

In the gas line scenario I didn’t realize what was involved to get it back on. I thought they were working on it when they weren’t. Going forward, instead of going through a provider I would go straight to the Atlanta Gas Light who actually owns the line. They would’ve had better communication and been speedier at hooking it up.

Is your ultimate goal to stop being a real estate agent and focus on investing full-time?

Ideally, I’d like to still work with my real estate license and do investing. Having the real estate license in the investment world is good and bad. It’s good that you can easily market properties. It’s bad because you have to do certain things differently in terms of paperwork and how you communicate with people.

There’s advantages and disadvantages both ways. Overall, you’re better off having a license because you can pull up sales numbers, put things into multiple listing services easily, and get it marketed quickly. At the end of the day it’s probably better to have a license.

What advice do you have for new real estate investors?

One thing that’s a real challenge is how fast you have to move on a deal when the market is strong. Sometimes moving quickly means that you don’t have time to verify everything as well as you might like to. The faster you can get the numbers regarding what’s actually going to be required and how much is it going to cost, the better off you’re going to be.

Second, you’re going to have to realize that no matter how well you check things there’s always going to be surprises. Whether it’s a flooring, moisture, leak, or a foundation problem. You can’t prepare for everything.

Do you have any advice on working with hard money lenders?

Yes, one bit of advice is that you need to talk to hard money lenders before you need money.

Make sure you understand what their parameters are and what they will do. I found that different hard money lenders have different parameters. You need to know what kind of LTVs they go to and how they finance repairs or purchase prices. In some cases, you might be better off buying a property and funding the repairs yourself. It might also be that rolling them together is better.

If you can develop private money relationships and strike a deal with somebody, definitely do that. You might have to do some hard money deals first to show people you’re competent, and then private lenders will become more likely to give you money. 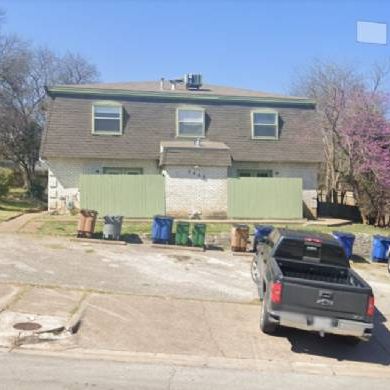 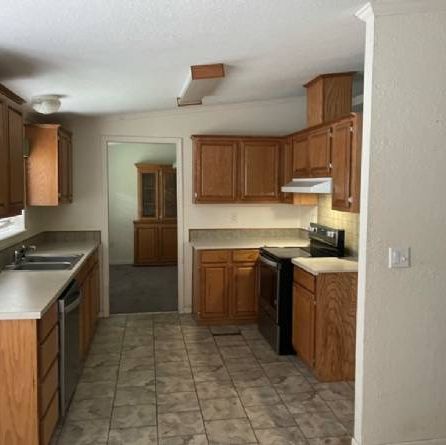 Great House in Need of Love in Lakeway! 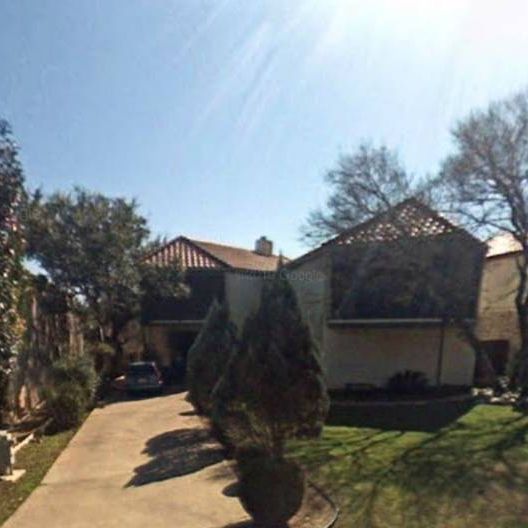 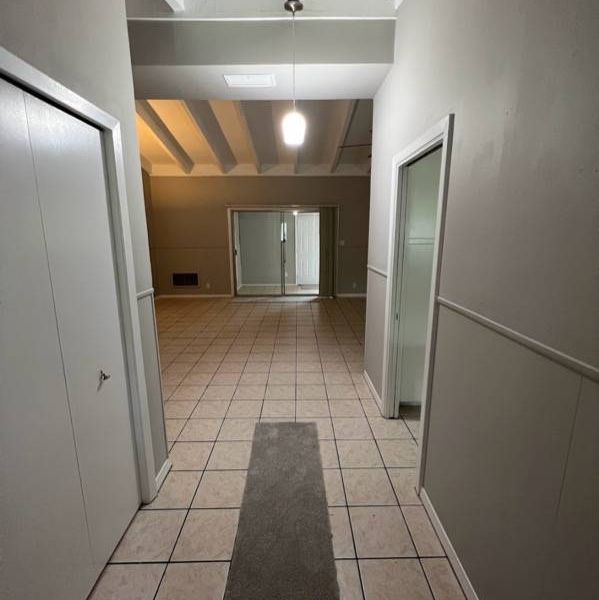 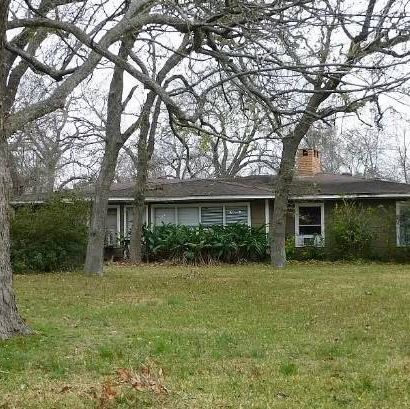